FN Herstal, the world’s leading designer and manufacturer of small caliber firearms and ammunition, will display the new FN EVOLYS™ ultralight machine gun for the first time in the United Kingdom at the DSEI International trade show, London, from 14 to 17 September 2021.

Since its digital launch last May, many European and international armed forces and special units have shown great interest in this innovative product designed and developed by Belgiumbased FN Herstal.

DSEI 2021 will truly mark the start of active promotion of the new machine gun, with a large number of demonstrations and technical tests already scheduled with existing and potential FN customers.

FN EVOLYS™: DESIGNED AND MANUFACTURED BY THE WORLD’S LEADING MANUFACTURER OF MACHINE GUNS

The FN EVOLYS™ is a completely new addition to the existing range of FN® machine guns, which are all combatproven and recognized as world references. It was unveiled in the two most widely used NATO calibres, i.e. 5.56x45mm and 7.62x51mm NATO calibres, last May, and variants in additional calibres are currently under development.

The FN EVOLYS™ combines belt-fed machine gun firepower with assault rifle ergonomics, which is an unprecedented benefit on the market today.

Weighing between 5.5 and 6.2 kilos depending on the calibre, the FN EVOLYS™ is much lighter than current reference machine guns, making firing from any position possible. It comes standard with a large number of innovative and unique features, such as a patented lateral feed mechanism that brings many advantages with it:

WHEN MACHINE GUN FIREPOWER TEAMS UP WITH ASSAULT RIFLE ERGONOMICS

Another unique feature of the FN EVOLYS™ is the ambidextrous fire selector that allows both semi-auto fire for point target engagement and full auto suppressive fire.

Any further information on the new FN EVOLYS™ ultralight machine gun can be obtained from the FN Herstal booth at DSEI international trade show, London, from 14 to 17 September 2021 – Belgian Pavilion, Booth H4 105. 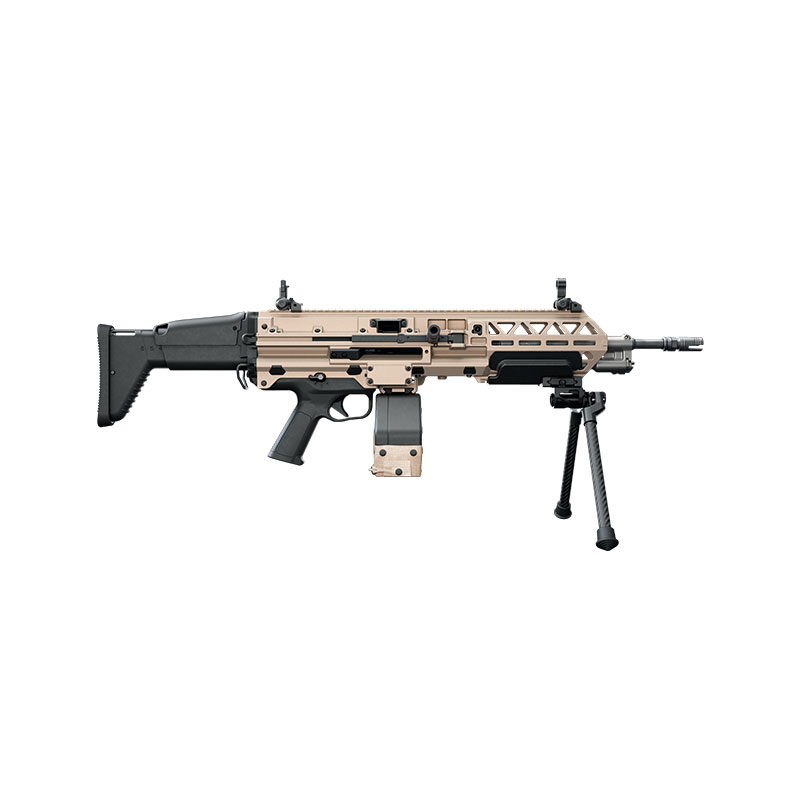 Be informed about FN product ranges and activities.

Be part of our team

We are looking for new talent

To continue to provide our customers with high added value solutions and meet tomorrow’s challenges, we are looking for new talent at many levels of the organization.